Are you looking to secure Allerdale planning permission? We can help!

For all of your Allerdale Planning needs

Plande unlock the potential of your Allerdale property by understanding your challenge and objectives, navigating through the red tape, solving problems creatively and getting the right result.

Plande works with a broad range of developers, businesses and landowners as well as a number of private individuals and partners with properties and interests in the area. We are active in processing Allerdale Planning Applications with Allerdale Council Planning. These include change of use, self build, commercial, residential and leisure schemes, conservation areas and green belt.

Allerdale in a district within the Cumbria county. It was formed following the Local Government Act of 1972. The Borough of Allerdale resulted from a merger of a number of districts including Cockermouth, Workington, Keswick and Wigton. The council officers are located in Workington. A number of people have Freedom of the Borough including England cricketer, Ben Stokes.

There are over 1,500 buildings within Allerdale that are of special architectural or historical interest. Listing buildings are generally by definition of national important, although there are a number with Allerdale that are locally listed buildings. Many of these are in Cockermouth. There are over 30 Grade II* listed buildings in Allerdale. These include the stunning Moot Hall in Keswick. It is built with lime-washed stone and slate walling. Lime washed stone is synonymous with the area. 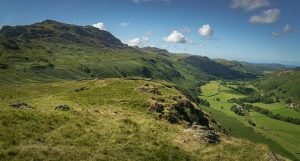