Are you looking to secure Fylde planning permission? We can help!

For all of your Fylde Planning needs

Plande unlock the potential of your Fylde property by understanding your challenge and objectives, navigating through the red tape, solving problems creatively and getting the right result.

Plande works with a broad range of developers, businesses and landowners as well as a number of private individuals and partners with properties and interests in the area. We are active in processing Fylde Planning Applications with Flyde Council Planning. These include change of use, self build, commercial, residential and leisure schemes, conservation areas and green belt.

Flyde is a 21-kilometre peninsula located in Lancashire, in the North West of England. It is surrounded by the Irish Sea, the Ribble Estuary, Morecambe Bay and the Bowland Hills. The Borough of Flyde was formed in 1974 following the Local Government Act of 1972. It originated following the merger of Lytham St Annes and Kirkham. The Conservatives retained control of Fylde Borough Council following the 2019 General Election.

There are a number of 16 buildings in Fylde that have been listed as being of special historical, cultural or architectural significance. St Chad’s Church has been listed as Grade II* and is constructed of stone with a slated roof. It dates back to 1753 and is built predominately with roughly dressed stone. 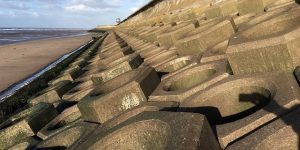