Are you looking to secure Preston planning permission? We can help!

For all of your Preston Planning needs

Plande unlock the potential of your Preston property by understanding your challenge and objectives, navigating through the red tape, solving problems creatively and getting the right result.

Plande works with a broad range of developers, businesses and landowners as well as a number of private individuals and partners with properties and interests in the area. We are active in processing Preston Planning Applications with Preston City Council Planning. These include change of use, self build, commercial, residential and leisure schemes, conservation areas and green belt.

Preston is a city that sits on the north side of the River Ribble. It acquired city status in 2002 and as such became the 50th city in England. Preston is a key area for the British defence aerospace industry, in particular with BAE Systems. The area is an important hub for military aircraft design and development. BAE System’s headquarters is based in Warton. Other major employers in the area include The Carphone Warehouse, TalkTalk, The Post Office and the Student Loans Company. The city’s location on the main motorways M6, M55, M65 and M61 makes it a perfect location for a number of haulage and freight companies.

Preston City Council has 22 council wards and is based at Preston Town Hall. As planning consultants, we work across the whole area including the main towns and villages of Barton, Broughton, Cottam, Goosnargh, Grimsargh, Haighton, Inglewhite, Whitechapel and Woodplumpton. 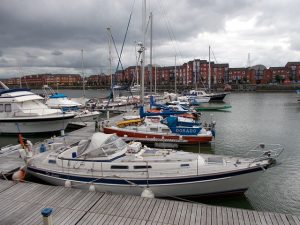