Are you looking to secure Ribble Valley planning permission? We can help!

For all of your Ribble Valley Planning needs

Plande unlock the potential of your Ribble Valley property by understanding your challenge and objectives, navigating through the red tape, solving problems creatively and getting the right result.

Plande works with a broad range of developers, businesses and landowners as well as a number of private individuals and partners with properties and interests in the area. We are active in processing Ribble Valley Planning Applications with Ribble Valley Council Planning. These include change of use, self build, commercial, residential and leisure schemes, conservation areas and green belt.

Ribble Valley is named after the River Ribble and is an area of natural beauty. A large proportion of the Valley sits within the Forest of Bowland. The district itself originated in 1974, following the Local Government Act of 1972. The Ribble Valley Borough Council is based in Clitheroe and is currently under the control of the Conservative Party, who gained a majority following the 2003 Ribble Valley Council Election. This followed a period of time when there was no overall control of the district.

A number of buildings in Ribble Valley are of historical importance, as such they are listed to preserve their original character. There are twenty-two conservation areas that sit within the Ribble Valley. An example of one of the areas is the Kirk Mill Conservation Area. An extension of the Kirk Mill area was agreed at the Planning and Development Committee in 2011. 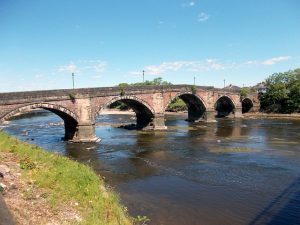