Are you looking to secure Tameside planning permission? We can help!

For all of your Tameside Planning needs

Plande unlock the potential of your Tameside property by understanding your challenge and objectives, navigating through the red tape, solving problems creatively and getting the right result. 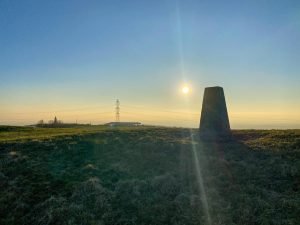 Plande works with a broad range of developers, businesses and landowners as well as a number of private individuals and partners with properties and interests in the area. We are active in processing Tameside Metropolitan Borough Councile Planning Applications, which include change of use, self build, commercial, residential and leisure schemes, conservation areas and green belt.

The Metropolitan Borough of Tameside is located in the North-West of England. It is a borough of Greater Manchester. Its name originates from the river that runs through the borough, the River Tame. The area is steeped in history and reaches as far back as the Stone Age. As a result, there are hundreds of listed buildings in Tameside including Ancient Monuments and a castle of national importance. There are over 20 Mesolithic sites in Tameside dating back to around 8000 BC. Following the Roman conquest of Britain, Tameside came under the control of the Roman Empire around the second half of the 1st century AD. The area was mentioned in the Doomsday Survey of 1066 and was divided into four manors. Tameside itself was created on 1 April 1974 by the Local Government Act 1972.

Tameside Council is controlled by Labour following the 2019 local elections. Tameside Metropolitan Borough Council was deemed to be improving strongly following an audit in 2007. Tameside County Council was given a ‘four-star’ status putting it in the top 38% of all local authorities.

The Metropolitan Borough of Tameside is responsible for processing planning permission, planning applications and appeals in the borough.

Read the top 10 things to do in Tameside.