For all of your Wigan Planning Needs

Are you looking to secure Wigan Metropolitan Borough Council planning permission? We can help!

For all of your Wigan Planning needs

We unlock the potential of your Wigan property by understanding your challenge and objectives, navigating through the red tape, solving problems creatively and getting the right result.

As a Consultancy working in the Wigan area, we undertake a wide range of planning services including: development appraisals, feasibility studies and planning strategy. Many require planning statements including design & access, amendments to approvals and planning appeals. 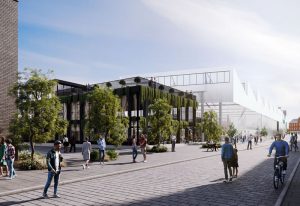 We work with a wide range of businesses, developers, landowners in the Wigan area.  We also work with a large number of private individuals who have property interests in the Wigan area. Wigan is famous for large businesses included JJB Sports, Girobank, the Tote and US Glass manufacturers PPG.  Plande is active in processing Wigan Planning Applications, which include commercial, residential and leisure schemes, conservation areas, change of use, self build, and green belt.

Wigan is located in Lancashire in the North-West of England. It is one of the four oldest boroughs in the county and is believed to have been founded by the Romans as the garrison town of Coccium.  Steeped in history, it received a charter from Henry III in 1246 and was a key battleground during the Civil War in the 17th Century.  Cromwell’s soldiers are said to have passed through the town twice.  The town stayed loyal to the King and was later rewarded with a ceremonial sword.

Wigan is a rugby league town, home to the Wigan Warriors.  They hold the record for the most successive cup and league wins.  They share a stadium with Wigan Athletic, the town’s football club.  The stadium sits on the town’s bustling Robin Park, also home to a retail park.  Wigan produces some of the most famous food produce in England, including Heinz Baked beans.

Wigan Metropolitan Borough Council is the local authority for the Metropolitan Borough of Wigan.  It is separated into 25 wards and consists of 75 Councillors.  As planning consultants, we work across the whole Wigan area including the main towns and villages of Pemberton, Shevington, Golborne, Leigh, Atherton, Standish, Orrell, New Springs, Whelley and Ashton.

You can view 25 interesting facts about Wigan at Wigan World.