Are you looking to secure Wirral Metropolitan Borough Council planning permission? We can help!

For all of your Wirral Planning needs

We unlock the potential of your Wirral property by understanding your challenge and objectives, navigating through the red tape and solving problems creatively.

As a Consultancy working in the Wirral area, we undertake a wide range of planning services including: development appraisals, feasibility studies and planning strategy. Many require planning statements including design & access, amendments to approvals and planning appeals. 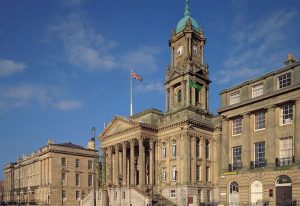 We work with a wide range of developers, landowners and businesses as well as a number of private individuals with property interests in the Wirral area. We are active in processing Wirral Planning Applications, which include change of use, self build, commercial, residential and leisure schemes, conservation areas and green belt.

Wirral sits on a peninsular in the North-West of England and used to be wholly in the county of Cheshire. The peninsula is surrounded by the River Dee to the west, the River Mersey to the east and the Irish Sea to the north.  The River Dee forms a boundary with Wales.  In the Doomsday Book, its border was said to be placed at ‘two arrow falls from the Chester City Walls’.  Following the Local Government Act of 1972, now only the southern third of Wirrall sits within Cheshire.  The remainder of the Wirrall rests in Merseyside as part of the Metropolitan Borough of Wirral.

Accents on the east side of Wirrall are said to be more ‘scouse’, with a stronger Merseyside influence.  This is where the main urban development is.  It is also where the most deprived areas of the region are concentrated, including the area of Birkenhead.  The M53 is seen as the divide between the affluent and deprived areas. The more affluent areas of the Wirrall largely sit on the west, south and north parts of the peninsula.  Bebington is ranked as the most desirable postcode in England.  Eastham is ranked as the eighth most popular, closely followed by Wallasey.  The area is also home to the New Brighton sandy beach. From the beach you can see a stunning panoramic view of the Mersey delta.

Wirral Council is responsible for processing planning permission, planning applications and appeals in the borough.  For regional economic planning,  There are other towns on Wirral that are administered by Cheshire West and Chester.  These include Burton, Ellesmere Port, Overpool, Neston, Shotwick, Little Neston, Parkgate, Ness and Willaston.

As planning consultants, we work across the whole Wirral area including the main towns of Birkenhead, Heswall, Hoylake, West Kirby, Bebington and Wallasey.  You can view things to do in Wirral here.