Substantial and contemporary extension to detached property within a Conservation Area 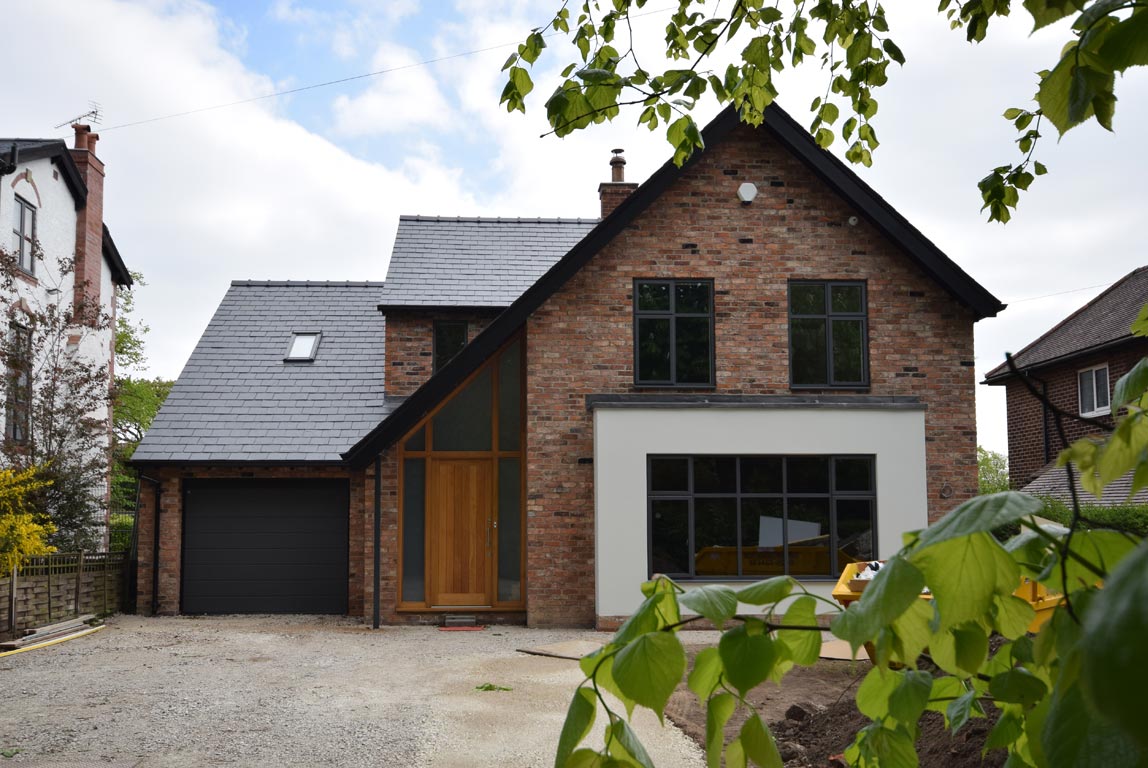 The existing 1970’s house required a comprehensive modernisation programme as it remained generally in its original configuration. Our clients also wished to double the size of the house as part of the overall project.

Located within a Conservation Area the existing dwelling was an anomaly within the street scene and a careful design was developed, in conjunction with the Conservation Area appraisal and general house extension policies and guidance.

Initially, the contemporary approach and scale of the extension was a concern to the Planning Officer, however following discussions with the Conservation Officer the approach and the overall design and scale were accepted as being acceptable.

The proposed design extended the dwelling to the front and rear, with a two-story gable and new entrance feature creating a new face to the house. Careful consideration was needed to ensure the design protected and enhanced the Conservation Area as well as sitting well within its context, including the established building line.