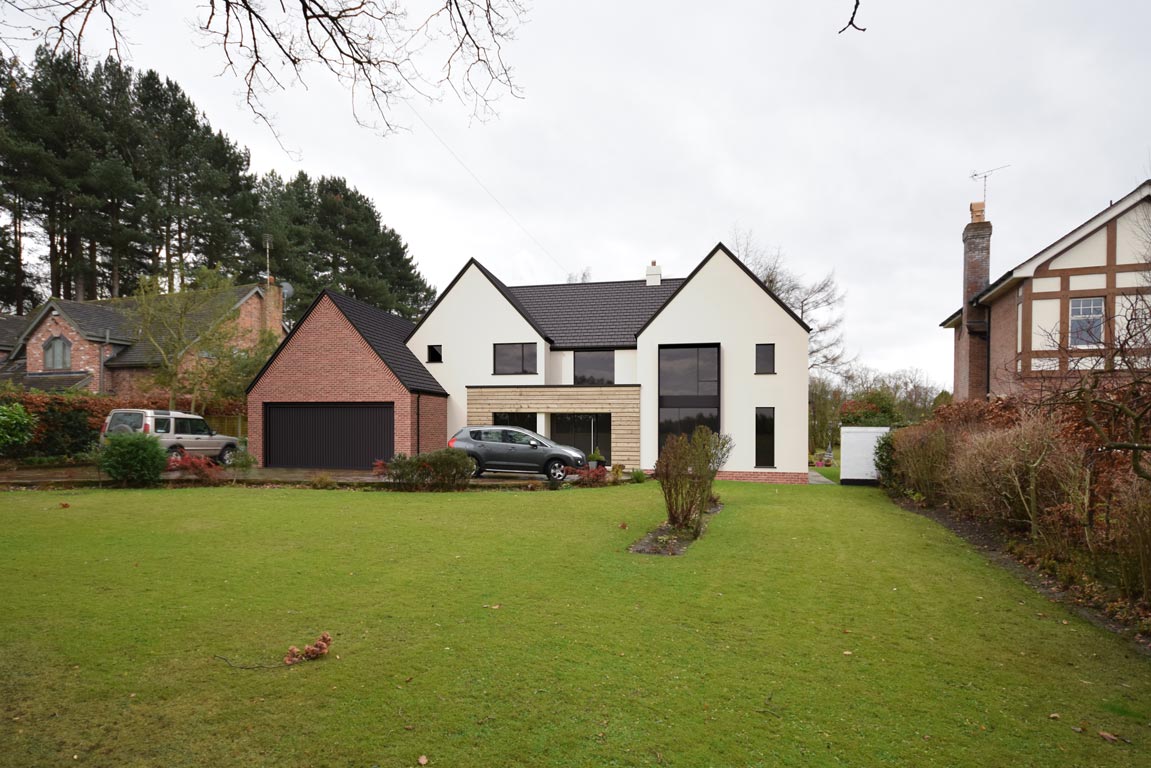 The original dwelling sat on a large mature plot on the outskirts of a popular commuter village. After initially considering a substantial remodelling and extension of the property, our clients ultimately sought a replacement dwelling of around 4, 500 sq ft due to the constraints of the original dwelling on the plot. One of the key restraints was the limited floor to ceiling heights with the new dwelling ultimately being over 1. 5M taller than the house it replaced.

Our clients also sought a substantially deep rear-projection to the existing house, including a balcony at first floor. Unfortunately during the application process, the neighbours objected to the proposals, however, we successfully argued that the proposals would not materially affect the amenity of the neighbouring property or cause any overbearing, overshadowing or overlooking issues.

The design of the proposed dwelling was unashamedly more contemporary than the one it replaced however the design and planning justification was carefully thought through and presented to the Council, with the local amenity society praising the scheme as being a welcome addition to the character of the area.

The Planning Officer agreed and the application was approved without any significant changes.

Calls for ‘wild belt’ land to be part of England's planning strategy https://www.theguardian.com/politics/2020/sep/17/wildlife-trusts-calls-for-wild-belt-land-nature-england-planning-strategy

'Unfortunately, the government is about to make matters worse, not better. Next week, Whitehall plans to unleash a developers’ free-for-all that threatens to irrevocably change the character and texture of town centres and high streets across the country.'
https://www.theguardian.com/commentisfree/2021/jul/26/the-guardian-view-on-the-future-of-high-streets-let-communities-decide