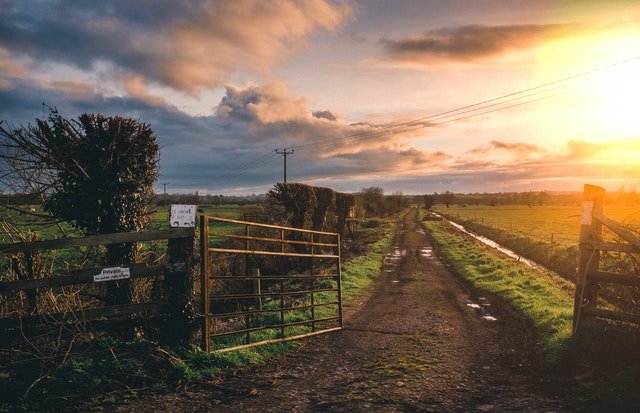 The site was purchased by our client who had used the land for many years. The land benefited from an historic access onto the road, which had a cobbled track around the eastern and southern boundaries.

This application sought retrospective consent as well as rectification of the planning aspects of the site including for the surfacing of the access track with a traditional loose chippings material, resiting of the gate and amendment to the existing access to the main road.

Discussions with the County Highways Department sought agreement, prior to a formal application being made and concluded that the gate could be set back 10m from the back of the main road edge, the section of road way section of access track from gate to main highway to be surfaced in tarmacadam, concrete, block paviours (or other approved material). The Council also confirmed the resultant visibility splay would be acceptable.

The application also sought to introduce retractable bollards to a similar position as the existing gate. These were suggested to prevent unauthorised parking within this pull in which will assist with highways safety.